Time to recline in a position of comfort to work on top-secret new novel and blog ideas. All I can say at this point: whimsical, hilarious, genuine, on-trend and ultimately paradigm-shifting: that’s the standard of work you should start looking forward to.

Definitely shouldn’t log in to wifi as will end up trawling through rubbish for hours. We don’t want a rerun of yesterday:

Find funniest picture ever and spend ten minutes editing it so it looks more navy.

Find second funniest picture ever and send it to bezzie mate on fb.

Quickly check fb whilst striving to avoid emotional manipulation (ha! like that’s a new one). Watch old woman pedestrian crossing revenge video and Russell Brand’s austerity speech, check to see if ex is engaged yet (come on, we all do it), write some nice comments on pic of friend’s new baby, download adorable video of Tim’s Restaurant (breakfast lunch and hugs) to show skipper later because, well it’s just adorable! Have you seen it? I’ll send you the link. Get sad googling Rik Mayall. Eventually hit the off button, very late, after having crashed recklessly through several self-imposed time limits in order to fuel my insatiable lust for drivel.

That’s what I thought, two and a half hours ago. So far, I have:

Commented on some other travel blogs. Well done me.

Googled pictures of one travel blogger in particular who has a similar style and angle to me. Check to see if she has an fb profile and is more attractive than me (oh come on, we all do it). Whilst on fb, update newsfeed eighty-nine times. Hang on, Michael Gove’s gone? Checked #govegone and Jenna Marbles’ twitter account, watched hundreds of funny vines of people twerking etc. and found out what a “bae” is.

The above has managed to further degenerate into a sad, attention-deficit/delusional marathon in which I think I’m watching YouTube film trailers and lower-than-average comedy videos when in actual fact I’m watching this: 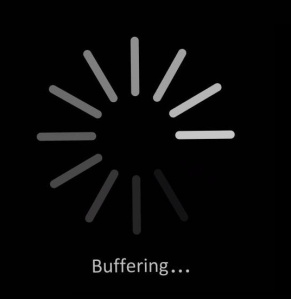 Look! I just did some writing. I shall post it immediately after I’ve searched for that beautiful bit of whale graffiti I saw on Facebook earlier as I’d like it as my wallpaper. What is happening here? Is this some kind of conspiracy? I should google conspiracy theories. Or maybe I should watch “what does the fox say” again.

My new novel and blog ideas will be ready NEVER BECAUSE THE INTERNET IS EATING MY SOUL.*

*There’s an app for this: How to stop the Internet eating your soul : only ten dollars a month!